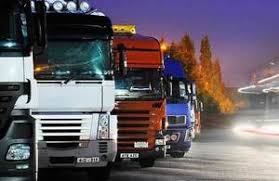 UK drivers’ hours regulations – changes to fines for commercial drivers driving in the UK
​
Changes relating to the fixed penalties issued by both, DVSA and police officers for drivers’ hours and tachograph offences are due to be made soon.
​
Firstly, the maximum number of different offences for which fixed penalties can be issued on a single occasion will rise to 5.

Secondly and arguably more significant, penalties will also be issued that include previous offences committed during the previous 28 days.

This could mean that drivers could pay a maximum of £1,500 (5 times £300 fine). At present, drivers can only receive a maximum of 3 fixed penalties and these can only be issued for offences considered ‘current’, which typically means committed that day.

Far too many drivers still make basic errors when using their tachograph. With this increase in potential fines due soon it is vital, therefore, that you know how to use your tachograph to record your working day accurately and being able to demonstrate that you have observed Drivers’ Hours rules. Sign up now for one of our transport training courses and make sure that you don’t fall foul of the regulations.

Prompted by a large number of instances of drivers sleeping in illegally parked vehicles, from 1 November 2017,  DVSA traffic examiners will also be able to impose a £300 on the spot fine for drivers spending the whole of their 45 hours weekly rest period in their cab.

It has never been more important to understand and use your tachograph accurately and to comply with Drivers’ Hours regulations.

You can read more about the proposed changes to Drivers’ Hours fines here.

UK drivers’ hours: changes to fines for commercial drivers – epda
Hi, any bus/coach drivers in this group. Would love some advise for someone starting out as a bus/coach driver. Test coming up in a few weeks.

UK drivers’ hours: changes to fines for commercial drivers – epda
No because the hours you work p/w are to long usually over 60 hrs and for the money that's on offer a person on average earns €10 p/h and because the hours are so long it leads to lots off problems including stress,quality of life and health

UK drivers’ hours: changes to fines for commercial drivers – epda
I think that the job of HGV driver is a good one if its paid by the hour and the operator keeps within the working tine and drivers hours regulations. There are some very well paid driving jobs. Well paid jobs will always require specialist training such as car transport, chemical pumping etc. Employers are aware of the cost of training and retaining drivers and therefore will pay a higher rate than other employers. Own account operators to pay more that licenced haulage contractors. When selecting a company to work for it is always preferable to work for a company that have an experienced transport management who have actual hands on experience of the role of the driver within their own company. After 10 years of low wages the pendulum is swinging in favour of the driver. The Driver CPC and the increase in enforcement of drivers hours, tachograph and vehicle roadworthiness regulations are all benifiting the role of the professional driver.