​Rouge operators fit emulators to reduce toll charges and the cost of filling up with Adblue. The Authorities will prosecute those who fit cheat devices to their vehicles and could lose their good repute.

Operators are fitting emulators to switch off the diesel exhaust fluid, which many of us refer to by the brand name Adblue. The authorities are clamping down on the use of these cheat devices. The only way a driver will know if their vehicle is fitted with such a device is by observing that the DEF gauge does not move after a day or so. Some vehicles when fill with DEF will go for several days before the gauge will move off full. If the vehicle is driven by a number of drivers it would be lightly that a driver may never notice the vehicle has a cheat device fitted.

In computing, an emulator is hardware or software that enables one computer system (called the host) to behave like another computer system (called the guest). An emulator typically enables the host system to run software or use peripheral devices designed for the guest system. An emulator can be fitted to a truck or bus and tell the vehicle that the system is operating as it should, even if no Diesel Exhaust Fluid (DEF)

DEF is an aqueous urea solution made with 32.5% urea and 67.5% deionized water. It is used as a consumable in selective catalytic reduction (SCR) in order to lower NOx concentration in the diesel exhaust emissions from diesel engines.
​ 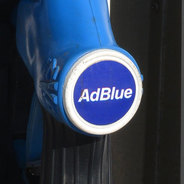 Topaz Adblue – epda
No because the hours you work p/w are to long usually over 60 hrs and for the money that's on offer a person on average earns €10 p/h and because the hours are so long it leads to lots off problems including stress,quality of life and health

Topaz Adblue – epda
I think that the job of HGV driver is a good one if its paid by the hour and the operator keeps within the working tine and drivers hours regulations. There are some very well paid driving jobs. Well paid jobs will always require specialist training such as car transport, chemical pumping etc. Employers are aware of the cost of training and retaining drivers and therefore will pay a higher rate than other employers. Own account operators to pay more that licenced haulage contractors. When selecting a company to work for it is always preferable to work for a company that have an experienced transport management who have actual hands on experience of the role of the driver within their own company. After 10 years of low wages the pendulum is swinging in favour of the driver. The Driver CPC and the increase in enforcement of drivers hours, tachograph and vehicle roadworthiness regulations are all benifiting the role of the professional driver.