“The first dominoes stone in the fight against social dumping has fallen!” Bulgarian Professional Drivers get ‘equal pay’ through court. 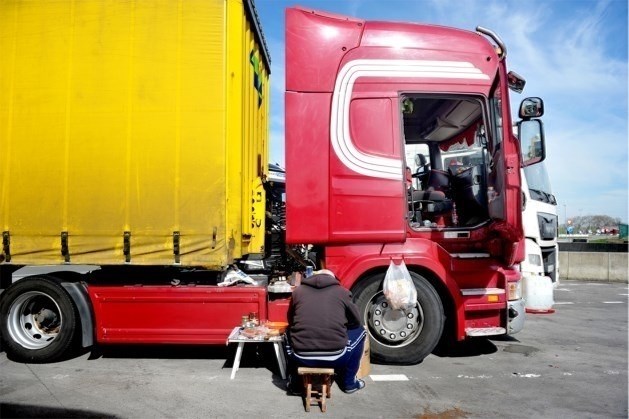 Seven Bulgarian Professional Drivers from the Belgian company RMT are paid a total of 236,000 euros because they were not paid according to Belgian wage and employment conditions. The Belgian Employment Court decided in a long-running case, reports the Belgian Transport Association ABVV (BTB-ABVV).

According to BTB-ABVV, Rematra was no more than a subsidiary recruitment company in Bulgaria to escape Belgian wage and employment conditions. The drivers did not drive in Bulgaria and received their orders from RMT in Tessenderlo.

This creates an important precedent in the fight against social dumping.

The first dominoes stone in the fight against social dumping has fallen – epda
Hi, any bus/coach drivers in this group. Would love some advise for someone starting out as a bus/coach driver. Test coming up in a few weeks.

The first dominoes stone in the fight against social dumping has fallen – epda
No because the hours you work p/w are to long usually over 60 hrs and for the money that's on offer a person on average earns €10 p/h and because the hours are so long it leads to lots off problems including stress,quality of life and health

The first dominoes stone in the fight against social dumping has fallen – epda
I think that the job of HGV driver is a good one if its paid by the hour and the operator keeps within the working tine and drivers hours regulations. There are some very well paid driving jobs. Well paid jobs will always require specialist training such as car transport, chemical pumping etc. Employers are aware of the cost of training and retaining drivers and therefore will pay a higher rate than other employers. Own account operators to pay more that licenced haulage contractors. When selecting a company to work for it is always preferable to work for a company that have an experienced transport management who have actual hands on experience of the role of the driver within their own company. After 10 years of low wages the pendulum is swinging in favour of the driver. The Driver CPC and the increase in enforcement of drivers hours, tachograph and vehicle roadworthiness regulations are all benifiting the role of the professional driver.