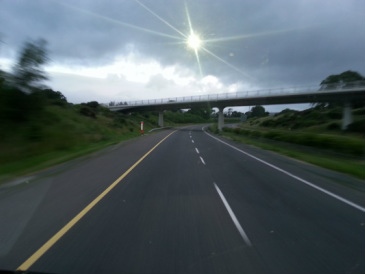 The NRA is going to going to open a public consultation to review their proposals for the development of  a number of  ‘full’ service rest areas, the same as those in place on the M1 and M4. There are plans to build ‘rest’ areas where picnic tables, toilets and parking will be provided.  The initial full service rest areas built were designed to provide motorists with fuel, toilet and eating facilities.  A major reason for the development of these sites is to reduce driver fatigue. It is important that Goods Vehicle drivers have an input into how the services are delivered and where these sites are located.

The EU requires that rest areas are provided along our Motorway network and the NRA are charged with developing these areas. The NRA are going to present their proposals to a public consultation. Commercial Vehicle Drivers have complained about the lack of services at these locations after midnight. It is important that drivers make their views known during the consultation process.

out below. The Authority has obtained An Bord Pleanála approval for the following service area

A proposal to incorporate a service area at Rathmorrissey, Co. Galway, as part of the M6/M17 Galway/Tuam Motorway Scheme was rejected by the Board.
In line with the previously announced intention, the Authority is procuring service areas through open, competitive, tendering using the Public Private Partnership (PPP) mechanism.

A service area on the M11 near Gorey, County Wexford, is being constructed under a PPP contract that also caters for the construction of the N11 Arklow-Rathnew and N7 Newlands Cross Upgrade schemes. An operator for the service area will be procured by the Authority, with a planned opening of the facility to the public in 2015.

The provision of on-line service areas is a requirement of the TEN-T (Trans European Transport Network) Regulations recently announced by the E.U. Commission. The National Road Safety Strategy also requires the development of additional on-line service areas. The Authority will develop a Service Area Policy in 2014 in response to these requirements. Given the delays that will occur in providing some of the service areas included in the Authority’s service areas programme, information signs (white text on brown background) have been erected on rural sections of motorways and dual carriageways alerting road users to the presence of off-line fuel stations located within a kilometre or so of interchanges.

Private Developer Proposals for Service Areas. The Roads Acts 1993 to 2007 require that service area scheme proposals for locations on national roads must be brought forward either by the NRA or the relevant County Council or City Council for the area concerned. However, proposals for service area type facilities at off-line locations close to the national roads network may be pursued by private sector development interests. Guidance on the planning and development of such
proposals is provided in Section 2.8 of the Spatial Planning and National Roads Guidelines for Planning Authorities (DoEHLG, 2012). As a statutory consultee under planning legislation, the Authority’s submissions or comments on planning applications, if any, on proposed development represent its primary input to the planning process. The approach to be adopted by the Authority in making such submissions or comments will seek to uphold official policy and guidelines as outlined in the Spatial Planning and National Roads Guidelines for Planning Authorities (DoEHLG, 2012). Planning authorities should forward such applications to the NRA for consideration where the proposed development could have implications for the safety, capacity and operation of national roads, including associated interchanges and other junctions. The Authority’s participation in the planning process in respect of service area proposals will generally be confined to consideration of the foregoing potential implications for national roads, with appropriate observations being furnished to the planning authority on individual
applications, where warranted. The Authority reserves the right to appeal planning permission decisions to An Bord Pleanála. Proposals for service area type developments in the environs of national roads which incorporate significant commercial, retail, hotel and other accommodation elements could constitute destinations in their own right. The use of national roads to accommodate short, local, trips to such developments would conflict with the intended primary role of national roads in catering for strategic inter-urban and inter-regional traffic. Such proposals may also be inconsistent with official policy as set out in the Department of the Environment, Heritage and Local Government’s Retail Planning Guidelines (2012). Accordingly, NRA submissions to planning authorities concerning service area type development proposals that seek to cater for more than road user needs are likely to express concern about the impact on national roads and possibly recommend against the grant of planning permissions. The Authority is willing, in principle, to facilitate the erection of advance notification
signage on national roads close to interchange exits that give access to privately developed service areas with facilities limited to those catering for road user needs. It is a requirement with respect to signage on the national road network that the prior written approval of the National Roads Authority be obtained for the erection, removal or modification of directional signs on, or related to, any national road. Plans and schedules of the proposal, accompanied by the appropriate form, shall be submitted in accordance with the NRA Traffic Signs Approvals Procedure. The promoters of such service areas will be responsible for the cost of signage manufacture and erection and for costs associated with future maintenance, including any necessary signage replacement.

Motorway Service Areas Consultation – epda
Hi, any bus/coach drivers in this group. Would love some advise for someone starting out as a bus/coach driver. Test coming up in a few weeks.

Motorway Service Areas Consultation – epda
No because the hours you work p/w are to long usually over 60 hrs and for the money that's on offer a person on average earns €10 p/h and because the hours are so long it leads to lots off problems including stress,quality of life and health

Motorway Service Areas Consultation – epda
I think that the job of HGV driver is a good one if its paid by the hour and the operator keeps within the working tine and drivers hours regulations. There are some very well paid driving jobs. Well paid jobs will always require specialist training such as car transport, chemical pumping etc. Employers are aware of the cost of training and retaining drivers and therefore will pay a higher rate than other employers. Own account operators to pay more that licenced haulage contractors. When selecting a company to work for it is always preferable to work for a company that have an experienced transport management who have actual hands on experience of the role of the driver within their own company. After 10 years of low wages the pendulum is swinging in favour of the driver. The Driver CPC and the increase in enforcement of drivers hours, tachograph and vehicle roadworthiness regulations are all benifiting the role of the professional driver.