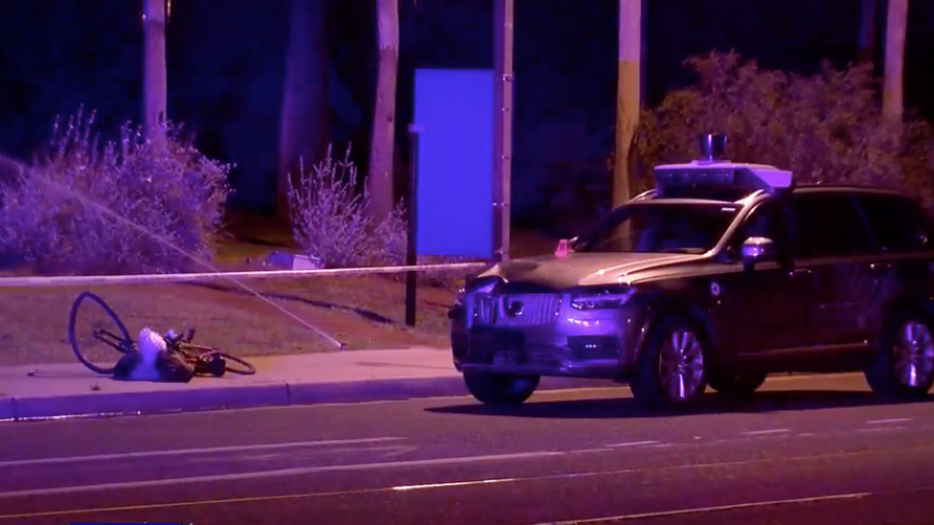 The first reported fatality by an autonomous vehicle took place on Sunday 18th March . A woman was killed while crossing a road in Tempe, Arizona while the vehicle was in autonomous mode.

The operator, Uber is temporarily halting self-driving car tests in all locations after the deadly accident, in what is likely the first pedestrian fatality caused by a self-driving car.

There was a vehicle operator in the car but no passengers at the time of the accident, according to Tempe police, which responded to the scene at around 10 p.m. on Sunday. The 49-year-old victim died after being transported to a local hospital.
In a press statement Uber Uber said “Our hearts go out to the victim’s family. We are fully cooperating with local authorities in their investigation of this incident,”.

This is the first recorded fatality involving a self-driving in autonomous mode. Many professional drivers will be keeping a close eye on accidents involving autonomous vehicles. There is a sense that the rush by vehicle manufacturers to get their technology to market will have safety implications for road users.
​
Professional drivers are already reporting incidents with various driver assist devices such as, lane departure and adaptive cruise control. While manufacturers and regulators are hailing these devises as safe to use, there have been issues with some vehicles using these devices. Whether it is driver error or system failure, many professional drivers will be sceptical about the total safety of such devices. Professional Drivers should be made aware of any concerns that other drivers would have about particular driver assist devices.

First Self Driving Fatility – epda
I really hope so

First Self Driving Fatility – epda
Hi, any bus/coach drivers in this group. Would love some advise for someone starting out as a bus/coach driver. Test coming up in a few weeks.

First Self Driving Fatility – epda
No because the hours you work p/w are to long usually over 60 hrs and for the money that's on offer a person on average earns €10 p/h and because the hours are so long it leads to lots off problems including stress,quality of life and health

First Self Driving Fatility – epda
I think that the job of HGV driver is a good one if its paid by the hour and the operator keeps within the working tine and drivers hours regulations. There are some very well paid driving jobs. Well paid jobs will always require specialist training such as car transport, chemical pumping etc. Employers are aware of the cost of training and retaining drivers and therefore will pay a higher rate than other employers. Own account operators to pay more that licenced haulage contractors. When selecting a company to work for it is always preferable to work for a company that have an experienced transport management who have actual hands on experience of the role of the driver within their own company. After 10 years of low wages the pendulum is swinging in favour of the driver. The Driver CPC and the increase in enforcement of drivers hours, tachograph and vehicle roadworthiness regulations are all benifiting the role of the professional driver.