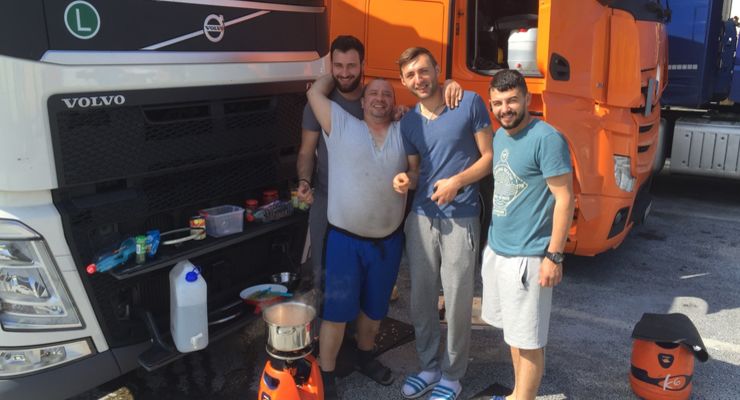 The European Parliament votes in favour of the mobility package.

The EU has taken a major step towards better working conditions for truck drivers after the European Parliament (EP) voted in favour of the mobility package. MEP’s will now negotiate a compromise with European transport ministers and the European Commission to put a stop to driver exploitation, letterbox companies and unfair pay. So far it is not clear whether the legislative package can be finalised in this legislative period. The EPDA see the vote as a very positive step.

The vote was also important because previously Eastern Europe MEP’s had repeatedly tried to block new legislation in Parliament. For example, the rules for the vote were questioned and more than 1,000 amendments had been tabled to the package. Countries such as Romania and Bulgaria assumed that the priority was to enforce Western European interests to reduce their competitiveness. The transport industry has a considerable share of the gross domestic product. In particular, the German social democrat Ismail Ertug had made intensive efforts in the EP to reach a compromise, which ultimately came about with conservative support.

The possibilities of social dumping are contained by the decision, but not completely stopped. In the future, there will be exceptions to the application of the Posting of Workers Directive. The overnight in the driver’s cab is prohibited, but can be bypassed by a waiver of the driver, also rest areas could self-certify, so that the night in the cab is possible. This is something that drivers will have to be made clear on when the actual regulations are published.
​

Areas being addressed in the mobility package

EU Parliament supports truck drivers – epda
Hi, any bus/coach drivers in this group. Would love some advise for someone starting out as a bus/coach driver. Test coming up in a few weeks.

EU Parliament supports truck drivers – epda
No because the hours you work p/w are to long usually over 60 hrs and for the money that's on offer a person on average earns €10 p/h and because the hours are so long it leads to lots off problems including stress,quality of life and health

EU Parliament supports truck drivers – epda
I think that the job of HGV driver is a good one if its paid by the hour and the operator keeps within the working tine and drivers hours regulations. There are some very well paid driving jobs. Well paid jobs will always require specialist training such as car transport, chemical pumping etc. Employers are aware of the cost of training and retaining drivers and therefore will pay a higher rate than other employers. Own account operators to pay more that licenced haulage contractors. When selecting a company to work for it is always preferable to work for a company that have an experienced transport management who have actual hands on experience of the role of the driver within their own company. After 10 years of low wages the pendulum is swinging in favour of the driver. The Driver CPC and the increase in enforcement of drivers hours, tachograph and vehicle roadworthiness regulations are all benifiting the role of the professional driver.