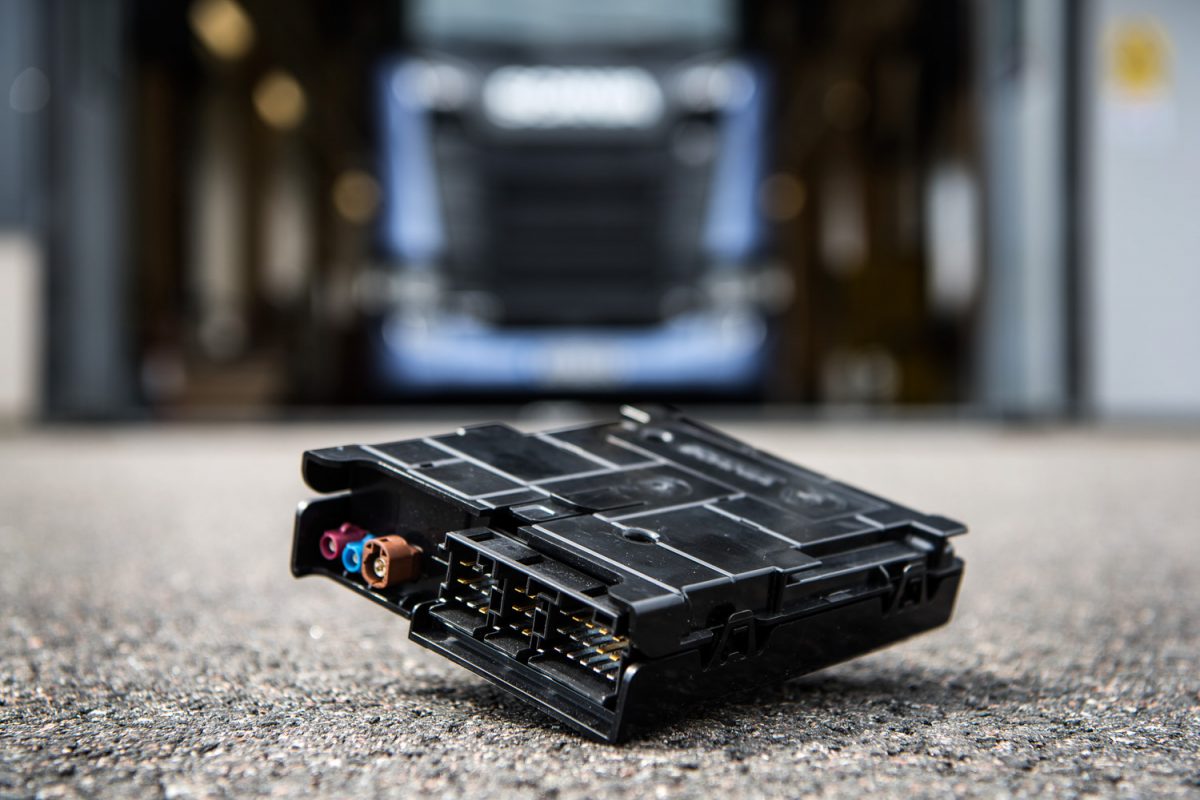 The amount of computing power fitted into a truck as a matter of course has multiplied considerably in recent years. the amount of data flying around in a CANbus on a Euro6 truck is many times greater than that used in its Euro5 predecessor.

The truck system is no longer a central ECU with a multiplexed wiring harness. It is a series of computing modes around the truck working together to run all of the control systems. Running the vehicle is only a small part of the system’s capability. The modern truck has a lot more going on under the hood than that.

The modern European prime mover, and now, the latest US truck models, have enough capacity to fulfil many more functions than simply running the truck and telling us where the truck is and how fast it is going.

This level of sophistication is used in Europe and more recently in North America to run a full business system out of the truck. For a subscription, the truck’s computing power will run a complete business system, compatible with operation control systems back at base and able to provide a data flow for areas like maintenance, compliance and other parts of the business.

One example of this kind of system is the one fitted in trucks sold by the Volvo Group. The system may have a different name in different brands, but it is essentially the same one customised to reflect the Volvo, Mack and UD Trucks brand identity.

The basic Dynafleet system has been a part of the Volvo offering for quite some time and each new model release sees a major jump in the telematics’ capabilities. The telematics provided can vary in price depending on the amount of data being processed and sent from the truck to the operator’s computer systems.

Basic data about how the truck and driver have performed is communicated back to base. Adding in positioning increases the cost, enabling options like ring fencing and notifications about exactly where the truck is and when.

There is an option known as RFMS, which is less detailed and suitable for less sophisticated business systems. This level can often be used by an operator to demonstrate compliance with the rules, but it concentrates less on driver behaviour, while not costing as much as the more complex options, which also use considerably more data.

The next cab off the rank for Volvo and its electronic offering will be Volvo Connect. This is not a system which introduces even more data, but is a portal through which the operator, driver or scheduler can see what’s going on in all of the Volvo Group trucks in its fleet. This will be arriving next year in Australia, offering what amounts to an improved and customisable interface between the operators and their trucks.

This kind of system is currently available in all of the European truck brands to some degree. The functionality is certainly built into the trucks because European customers demand it. Some brands here is Australia choose to offer the full suite to their customers while others have chosen not to use that capacity at this time, supposedly having decided that the Australian market does not have sufficient demand for this kind of product at this time.

There is likely to be more consolidation of data in the truck as time goes by but for some operators, the inbuilt truck system has a couple of disadvantages: It does not work in mixed fleets with different brands and it cannot be integrated with some other systems in the truck or back at base.

In fact, in the past, Scania had developed a system known as Interactor, which was designed to increase the computing power fitted into a truck and be open for the use of third-party applications related to the truck. However, the design was dropped after Scania found that the kind of things operators wanted to do with the system were so task and operator specific it would be impossible to include options in one system that the broader trucking industry would need.

Computing Power Fitted into new heavy commercial vehicles – HCV, MHCV and MHBC
Hi, any bus/coach drivers in this group. Would love some advise for someone starting out as a bus/coach driver. Test coming up in a few weeks.

Computing Power Fitted into new heavy commercial vehicles – HCV, MHCV and MHBC
No because the hours you work p/w are to long usually over 60 hrs and for the money that's on offer a person on average earns €10 p/h and because the hours are so long it leads to lots off problems including stress,quality of life and health

Computing Power Fitted into new heavy commercial vehicles – HCV, MHCV and MHBC
I think that the job of HGV driver is a good one if its paid by the hour and the operator keeps within the working tine and drivers hours regulations. There are some very well paid driving jobs. Well paid jobs will always require specialist training such as car transport, chemical pumping etc. Employers are aware of the cost of training and retaining drivers and therefore will pay a higher rate than other employers. Own account operators to pay more that licenced haulage contractors. When selecting a company to work for it is always preferable to work for a company that have an experienced transport management who have actual hands on experience of the role of the driver within their own company. After 10 years of low wages the pendulum is swinging in favour of the driver. The Driver CPC and the increase in enforcement of drivers hours, tachograph and vehicle roadworthiness regulations are all benifiting the role of the professional driver.