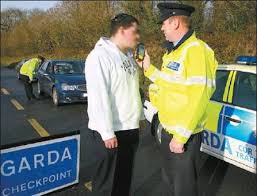 Dublin, Cork and Galway had the highest number of Road Traffic Collision (RTC) fatalities in November and December and accounted for almost 32% of the total number of fatalities that occurred.

RTC fatalities were more prevalent on Sundays, one in five. The most dangerous time of day on Sundays was midnight-6am.
Pedestrians represent over a quarter of fatalities, while passengers account for almost one fifth.

The Minister for Transport is currently bringing legislation through the Dail that will introduce an automatic disqualification for people who are caught drink driving and has also started work on tackling issues involving speeding offences and fines.
Crash data shows that alcohol could be a factor in almost half of pedestrian deaths. This time of year, will see more people out enjoying the festive party season. Its your family and friends that will be out there enjoying themselves, let them know the dangers and look out for the vulnerable road users.

This will include a focus on Mandatory Intoxicant Testing checkpoints around the country to deter people from drinking and driving. The Gardaí will not just be targeting drink drivers at night or in the early hours of the morning during the Christmas period, but also during morning rush hour as many drivers could still be over the legal limit if they have been drinking the night before.

The consequences of drink driving for you and others could be very serious and range from losing your licence to living with the guilt of being responsible for someone’s death or severe injury. Never drink and drive. When in doubt leave it out.
To date this year, 143 people have been killed on Irish roads, an decrease of 26 when compared to the same period last year.
​
Use your experience and expertise to set a good example over the Christmas & New Year. Don’t buy into the Christmas rush…. Three things you can do to get the best out of this time of year, slow down, slow down, slow down.

Christmas Stats – epda
No because the hours you work p/w are to long usually over 60 hrs and for the money that's on offer a person on average earns €10 p/h and because the hours are so long it leads to lots off problems including stress,quality of life and health

Christmas Stats – epda
I think that the job of HGV driver is a good one if its paid by the hour and the operator keeps within the working tine and drivers hours regulations. There are some very well paid driving jobs. Well paid jobs will always require specialist training such as car transport, chemical pumping etc. Employers are aware of the cost of training and retaining drivers and therefore will pay a higher rate than other employers. Own account operators to pay more that licenced haulage contractors. When selecting a company to work for it is always preferable to work for a company that have an experienced transport management who have actual hands on experience of the role of the driver within their own company. After 10 years of low wages the pendulum is swinging in favour of the driver. The Driver CPC and the increase in enforcement of drivers hours, tachograph and vehicle roadworthiness regulations are all benifiting the role of the professional driver.