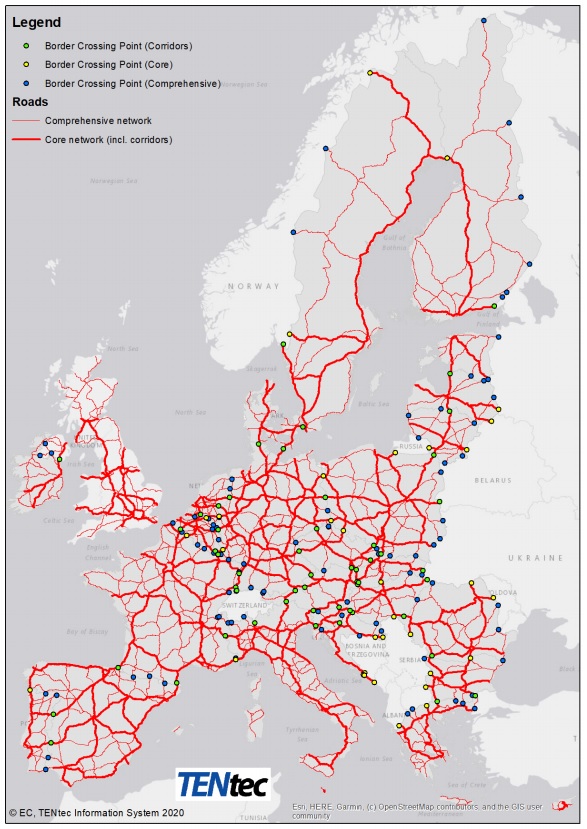 A driver recounts how drivers are treated on the Croatia – Bosnia and Herzegovina border during Coronavirus:

The picture he paints is a dreary one: Our driver arrives at the border only to have the keys to his vehicle and documents taken away. It’s announced to him that he’s being sent into a 14-day quarantine. A quarantine that is entirely based on the assumption – he tells us that no tests to check for COVID-19 were carried out at the time.

It should be noted that officially on the Croatia – Bosnia and Herzegovina border, anyone who enters the country whether they’re a driver or not needs to spend time in the tents put up on the borders to be tested. Depending on the result of the test, either you stay in a tent or go into quarantine closer to home. However, our driver confirmed that at the time this was not the case and he was not tested.

Many drivers working in Western European countries have families in Southeast Europe – meaning that they have to cross a number of countries before reaching home. Drivers are allowed to cross countries, but only in convoys. Our driver, for example, had to join a convoy that took him across Croatia to the Bosnian border – that way authorities can keep a close eye on the drivers and make sure they aren’t going anywhere. Our driver recounts that last week there was an accident as they were going through Croatia because they were only moving at 18-40 km/h on the highway.

After a perilous journey, crammed together with other drivers into a convoy, what awaits him is a tent and what authorities are calling a meal. 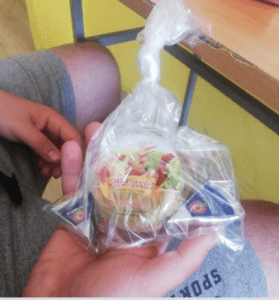 “Nobody is demanding luxury, but a normal meal would be good.”

Only after a gruelling 14-day quarantine did our driver see home.

In order to understand the stories behind the drivers who encounter such trouble at borders, it’s important to comprehend why truck drivers are at the borders in the first place. The story described is a typical story in the region – such drivers are often from Southeastern European countries and they work for Slovenian employers and drive throughout the EU.

Because of historical connections, Slovenia has a number of bilateral agreements with countries in the region in terms of workers. For example, a worker can come to work in Slovenia from Bosnia and Herzegovina if they have an employer there, and they need to stay with that same employer for a certain amount of time before they can legally work for someone else.  Unfortunately, this creates situations where a lot of workers are tied to employers, with very little power, as they cannot work in Slovenia anymore if they are fired from their job.

Most of these drivers go home on their days off – meaning they drive for hours to get to their home country to be with their families when they’re off. When working, they are also rarely in Slovenia as they work around Europe. In some cases, the trucks they use never see Slovenian roads as the workers are for example taken to an Austrian town near the border with Slovenia, they get into trucks there and then work in Austria, Germany, Italy, etc.

Regarding pay, they are paid Slovenian minimum wage (with basic healthcare and all that comes with it) along with some sort of per diem and perhaps some extras. In practice, though, the per diem is directly linked to the number of kilometres driven but because pay per KM is illegal, this monthly sum is converted into daily allowance to make their payslip seem legit.  In sum: illegal pay, and on a totally untransparent basis. Moreover, the driver misses out on extra professional insurance as well, which employers are supposed to be paying, but they don’t. This practice considerably limits the drivers’ benefits in times of crisis (like now): they’re losing out on a whole range of social assistance, on long-term security and health assistance.

Then there are issues related to the manipulation of digital tachographs – the black box that registers driving and working hours. Drivers are instructed by employers to put the tachograph on rest when waiting for border checks or when loading and unloading goods – this should normally be working time, and paid. This translates into a lot of hidden work. All of this combined makes road transport an especially precarious profession.

Employers are not providing protective equipment, and drivers have been left with no choice but to purchase or make their own. Moreover, drivers never actually stopped working in Italy; there have just been minor adjustments to work because of the measures put in place. Because of the situation described before (workers tied to one employer) it is very easy for employers to threaten drivers that they will fire them if they refuse to work in a certain place, without protective equipment, etc.

As mentioned above, many drivers are from Southeastern European countries, and they go home whenever they can. Some have now been caught in these quarantine situations on these borders – they are made to stay either in quarantine on the border in tents, or somewhere closer to home, and it’s often unpredictable what exactly will happen when they try to cross a border.

If there is less work because of the current situation, many drivers are being forced to take their yearly holidays now, even though there are governmental measures through which they could be put “on wait” at home. This means that they will lose their holiday days for when they actually want to use them to be with their families later in the year (many of them save up the days so they can take a month off once a year).