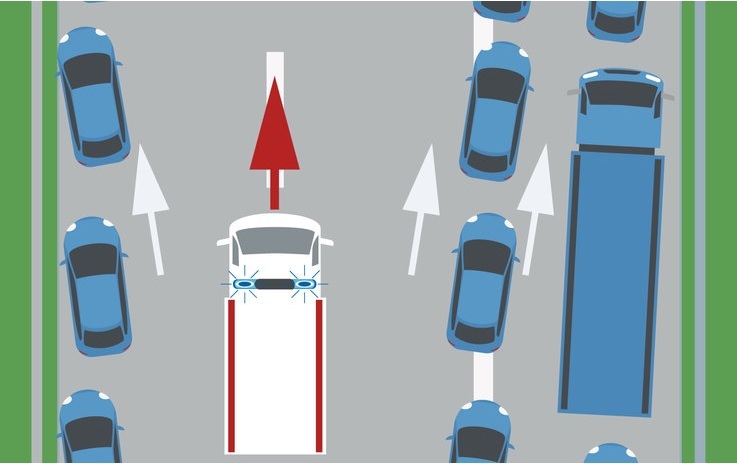 Until now, there was no law in Belgium that road users must make room for ambulances in the event of traffic jams on multi-lane roads. This is will change from October.

Brussels; the creation of a rescue lane in the event of a traffic jam on a road with two or more lanes becomes mandatory in Belgium. A majority of the Belgian Parliament has now approved a corresponding bill. The new scheme will enter into force on 1 October 2020

In the case of multi-lane directional lanes, like dual carriageway and motorway, the following applies vehicles on the left lane to the left, all others to the right. The hard shoulder must remain free.

What many people do not know, however, is that they already have to form the emergency lane when vehicles on motorways or multi-lane out-of-town roads only drive at a walking pace (4-5 kmph).

Also, anyone who reaches the end of a traffic jam on a directional lane warns subsequent drivers with the warning flashing system.

Other EU Member States countries, there is no obligation to create a rescue lane. However, emergency vehicles must still be given the opportunity to pass other vehicles.