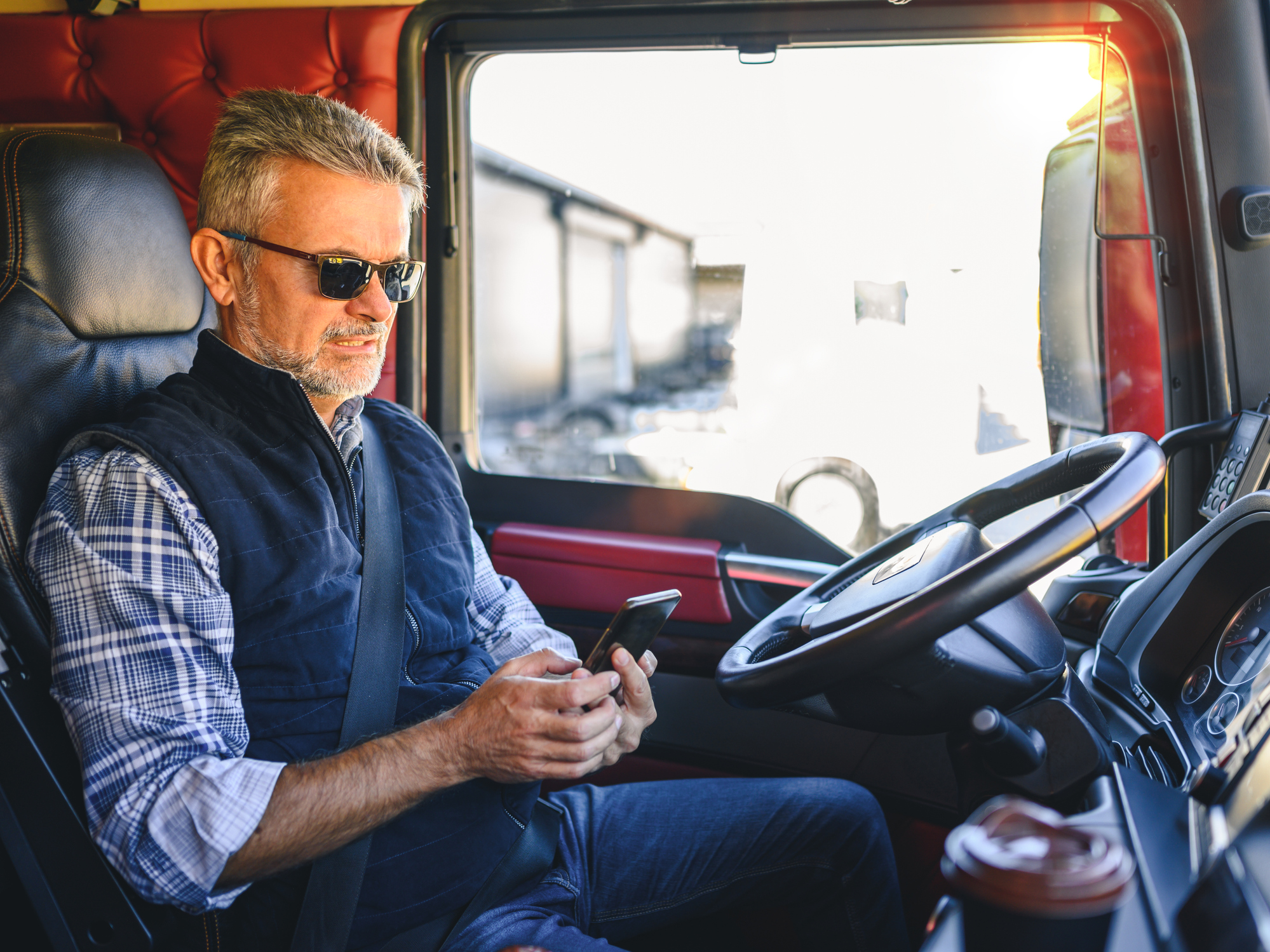 If you’re behind the wheel and reading this article on your smartphone, put it down. The news can wait.

Distracted driving is clearly a safety risk. It’s a factor in one in four fatal crashes, and a related analysis reported by the Traffic Industry Research Foundation found distracted drivers are more likely to kill other road users than themselves. Administration reports commercial drivers were distracted in 1200 of the 4000+ fatalities involving large commercial vehicles occupants in 2017.

There are laws that ban the use of handheld devices, fleet policies that do the same, and even cab-facing cameras to monitor the bad habit. Yet drivers continue to do it.

“It’s a technology addiction, most people have a problem managing that addiction – especially when they’re driving.”

Reinforcing the fact that this is addictive behaviour are those who admit they’ve used a phone in dangerous situations, or face a sense of anxiety whenever they can’t send or receive an immediate response.

Statistic says; the average person checks their phone 47 times per day and uses their phone 171 minutes per day. But the numbers can be higher than that. We have been trained by our mobile devices to reach for a mobile device every time we hear a ping … It’s the Pavlov’s dog psychology. We get a dopamine hit in our brain at that moment.

The draw is so intense that drivers will continue to do it even when they know a cab camera will see them in action. The judgment and self control go out the window.

The challenge is more pronounced among younger drivers who have more “stick time” with mobile devices. To compound matters at one fleet his business researched, drivers under their mid-30s were three times more likely to be involved in a collision than their older peers. In one poll, 44% of millennials reported calling someone they knew was driving, and 36% have texted someone they knew was driving.

While a fleet policy alone is not always a deterrent, having a clear mobile device and cell phone policy in place helps set expectations for behavior on the job, and identifies the consequences.

Cab-facing cameras can also be part of the solution, although they will often be limited to capturing the cellphone use in the moments before a collision.

Driver forget about the camera because they’re technology-addicted, some drivers are pretty clever on how to use a phone without getting caught on camera.”

For its part, Motion Intelligence has developed the Evvy app that is triggered when a driver is in a fleet vehicle, restricting use to fleet-controlled options such as a 911 button, Google maps, or hands-free calls. Facebook updates or TikTok? Those have to wait.

It will even detect if “rogue” devices without the app are being used in the cab, and will report that through a fleet dashboard.

There are also rewards such as added access to things like podcasts and playlists with good behaviour. Points can be introduced and redeemed for gift cards.

“It’s better to have a carrot than a stick,”

It’s something to investigate on your phone when you aren’t driving.