Don’t Get Blown Away With the Arrival of Winter

Desmond has heralded the arrival of the 2015 winter season and with that the Professional Driver must make sure that the necessary precautions are taken to ensure that the job is done in a safe and efficient way.
For the Professional Driver harsh driving conditions are both physically and mentally demanding. There are a number of concerns for Drivers but the main one for most Professional Drivers is when to go and when to stay put. While the RSA and the AA will tell you to use ‘Caution’ and ‘Only travel when it is absolutely necessary’ Professional Drivers are very aware of their responsibility to ensure that if they do travel that they take all of the necessary precautions to ensure their safety and the safety of other road users. The pressures on the driver can be great, they are aware that raw materials have to get to factories ensure that they remain open and that fuel deliveries, essential food deliveries, milk collections and the like have to be made regardless of weather conditions. The onus is on the Professional Driver to make the travel call. However can it be a little unfair to place such a responsibility on the individual driver to make that call?
The Professional Driver is not just concerned about the Driving conditions that effect the stability of their vehicle on the road but they are also aware of the conditions that other roads users are. It is not alone the driving conditions that the Driver has to cope with but they have to cope with the loading and unloading of goods in these conditions. They also have to make decisions as to where to park up for breaks and daily rest to keep compliant with Drivers Hours regulations.

﻿﻿﻿Beginning on March the 2nd, new anti-drug driving laws which make it a criminal offense to drive whilst under the influence of drugs come into effect in England and Wales. The new law makes it significantly easier to secure prosecution by removing the need to prove impairment.

Approximately 200 deaths a year occur in the UK as a result of drug driving. This law defines the limits for many prescribed drugs that can effect driving, which clarifies the position for drivers who take certain medications. It is important to be aware that many over-the-counter and prescription medications can impair a driver’s ability to react and increase drowsiness making them unfit to drive and a danger on the road. Before taking any medication, it is of huge importance that drivers ask the pharmacist or doctor if the medication can effect driving ability and that they always read the label. ﻿﻿﻿ 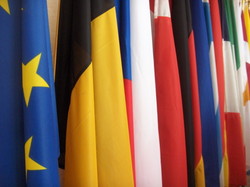 Non-resident drivers account for approximately 5% of road traffic in the EU but are responsible for 15% of speeding offences, according to European Commission figures. The law is expected to save at least 400 lives a year.

The new rules cover offences including speeding, drink driving, using a mobile phone at the wheel and ignoring red lights.

Antonio Avenoso, Executive Director of the European Transport Safety Council (ETSC) said:
“Today’s vote will help put an end to the injustice of foreign drivers escaping traffic penalties while locals get punished for the same offence. This is a long overdue change. The deterrent effect is important, knowing that you can be caught plays a key role in preventing dangerous driving.”

The law will come into effect in most EU countries later this year; Denmark, Ireland and the UK will have two additional years. Those three countries opted-out of an earlier version of the rules, but agreed to back a new proposal after the European Court of Justice ruled last year that the legal basis had to be changed. The rules are also set to be reviewed in 2016.

TISPOL General Secretary Ruth Purdie commented:
“The next step will be to improve enforcement of traffic laws across the EU, starting with minimum standards for large-scale, regular and visible police enforcement actions on the three main causes of death: speeding, failure to wear a seat belt and drink driving.”

The European Parliament’s vote is the culmination of a seven-year legislative process and today’s positive result is thanks in no small part to several MEPs who have fought tirelessly for stronger enforcement of road safety rules across the EU. Inés Ayala Sender, a Spanish MEP, deserves particular credit for shepherding this law through the EU decision-making process since it was first proposed in 2008. 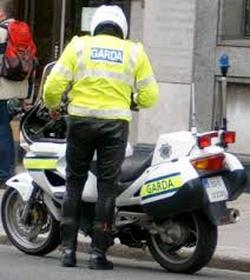 5th December 2014
From 8 December a number of new offences incurring penalty points and fixed charges will be introduced and there will be amendments to some existing offences. Drivers should be aware that if you receive 12 points your licence will be taken.  Be informed and review the amendments, also print off a copy and have it displayed in your work place. A copy of the new offences can be viewed here. New Penalty Points December 2014 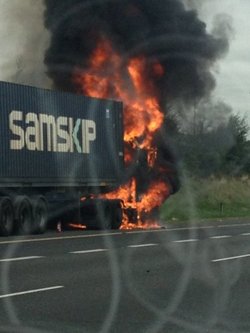 28th August 2013
Artic catches fire on M50.
A driver had a lucky escape when his R420 caught fire on the M50 today. Emergency services were quickly on the scene. The cab was quickly engulfed and thankfully no other road users were injured. The cause of the fire is as of yet unknown but the Fire Service will be carrying out a full investigation . The three lanes of the motorway were closed until fire crews got the blaze under control. 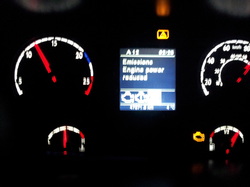 On Board Computing has made major advances in the past few years. The advantage of knowing how a vehicle is performing is of great benefit to the driver and the operator. With sophisticated monitoring software delivering in time operational results via dashboard display are drivers trained in how to read the information in a safe way? Or are these results distractive and dangerous? The introduction of individual driver fuel performance graphs can be very beneficial to the reduction in fuel consumption performance of the business however are some of these schemes poorly taught out? and do they leave some drivers at a disadvantage? We will look at such schemes and look to you to provide your opinion on what aspects of such systems work and don’t work for the professional driver. Please provide your views to us and we will use it to prepare the do’s and don’ts of telematics. To provide your views please click the following link… 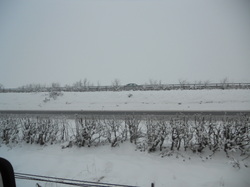 In 2009 and 2010 many drivers experienced driving conditions as never before. There are signals coming from the weather experts that such conditions could visit our shores again this winter. What did we learn from the last time and what precautions should we take to reduce the risks associated with driving in such conditions. Should night heaters be mandatory in vehicles operated at night? Are drivers trained to drive in poor winter conditions? When should you not drive? Have a look at the Health & Safety section to see what professional drivers are doing to reduce the risks associated with driving in poor weather conditions.

Digital Tachograph Cards have been a very positive development in regulating
driver’s hours. We are seeing cases of drivers finding that they unable to drive
because they are not managing their cardscorrectly. The legislation can be
interpreted to deny the driver the right to drive. Is there a problem here?
For professional drivers this is a very big problem here and we will discuss
a particular case in detail on the forum. Follow the discussion here……. 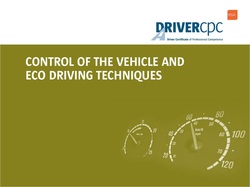 Professional Drivers welcomed the introduction of the Drivers CPC but are we getting
value for our time and money. How have you benefited from the training you have received?
Have you any ideas that you would like to put forward that would make the training a more
beneficial experience. Do drivers have into the creation of the courses? Are the courses just a
one sided affair promoting the views of An Garda Siochana, the RSA and the HSA. Do drivers have
an opinion and if they do who will listen? The RSA will be introducing new modules over time. It is
important that you make your opinion known because it counts. You are the person everyone is
concerned about and want the best for you, so let them know what your needs and your wants.
Have your say and visit the forum……

News – epda
I really hope so

News – epda
No because the hours you work p/w are to long usually over 60 hrs and for the money that's on offer a person on average earns €10 p/h and because the hours are so long it leads to lots off problems including stress,quality of life and health

News – epda
I think that the job of HGV driver is a good one if its paid by the hour and the operator keeps within the working tine and drivers hours regulations. There are some very well paid driving jobs. Well paid jobs will always require specialist training such as car transport, chemical pumping etc. Employers are aware of the cost of training and retaining drivers and therefore will pay a higher rate than other employers. Own account operators to pay more that licenced haulage contractors. When selecting a company to work for it is always preferable to work for a company that have an experienced transport management who have actual hands on experience of the role of the driver within their own company. After 10 years of low wages the pendulum is swinging in favour of the driver. The Driver CPC and the increase in enforcement of drivers hours, tachograph and vehicle roadworthiness regulations are all benifiting the role of the professional driver.