The EU have launched a 14 week consultation into the Driver CPC which closes on the 25th of October. We have now had the first five years of the process in Ireland and driver feedback has been mixed. Driver opinion on the positive front show that the Driver CPC has given drivers an opportunity to avail of uniformed professional training while on the negative side the structure and some of the content undermines the credibility of the training.

If you have an opinion on how the training could be improved we would welcome your opinion. The EPDA will be making its submission to the Commission in October. To submit your views or ideas please visit our Driver CPC Blog  click here…

You can now apply for your driver qualification card by sending a text with your driver number along with the letter Y and your surname to 51444. By providing the letter Y in the message you are allowing the RSA to use your photo and signature from your digital card.

So here is what the message should read like. 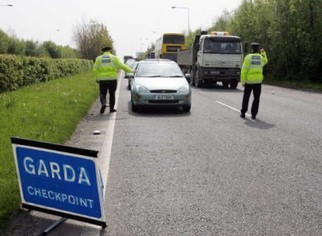 Motorists with broken or inappropriate lights are to be targeted at dedicated garda checkpoints in a two-day campaign. Gardaí will hand out €60 on-the-spot fines to drivers with faulty headlights in Operation Light Up safety initiative, which takes place tomorrow and Thursday. Road Safety Authority Chief Executive Noel Brett said defective lighting is one of the biggest complaints for Irish road users. He said that 550,000 cars, or one in five of the national fleet, were found to have defective lights at the NCT in 2012.Gardaí will also target motorists using fog Lights there is no fog or falling snow, as they can dazzle, distract other drivers and cause collisions.

Assistant Garda Commissioner Gerard Phillips said they are advising the public of the checkpoints, as they want motorists to fix the issue rather than get fined.He said: “In simple terms, a one-headlight car could be mistaken for a motorcycle or make it impossible for you to see that pedestrian out walking because you have reduced your range of vision by 50%.”
After seven years of sustained reduction in deaths on Irish roads, there has not been a good start to 2013.

A total of 31 people have died so far this year on the roads, which is 13 more than the same time last year.

More News – epda
No because the hours you work p/w are to long usually over 60 hrs and for the money that's on offer a person on average earns €10 p/h and because the hours are so long it leads to lots off problems including stress,quality of life and health

More News – epda
I think that the job of HGV driver is a good one if its paid by the hour and the operator keeps within the working tine and drivers hours regulations. There are some very well paid driving jobs. Well paid jobs will always require specialist training such as car transport, chemical pumping etc. Employers are aware of the cost of training and retaining drivers and therefore will pay a higher rate than other employers. Own account operators to pay more that licenced haulage contractors. When selecting a company to work for it is always preferable to work for a company that have an experienced transport management who have actual hands on experience of the role of the driver within their own company. After 10 years of low wages the pendulum is swinging in favour of the driver. The Driver CPC and the increase in enforcement of drivers hours, tachograph and vehicle roadworthiness regulations are all benifiting the role of the professional driver.